Today was a travel day.  Most of it went really smoothly.  We travelled mostly on Interstate or Toll Roads.  We’ve decided that we really love toll roads.  When travelling by car, we’ve always avoided them like the plague, but dragging Our Moving House behind us, they are wonderful!  The kids love going through tunnels.  Tyler puts his hands in the air like he’s on a roller coaster.  🙂 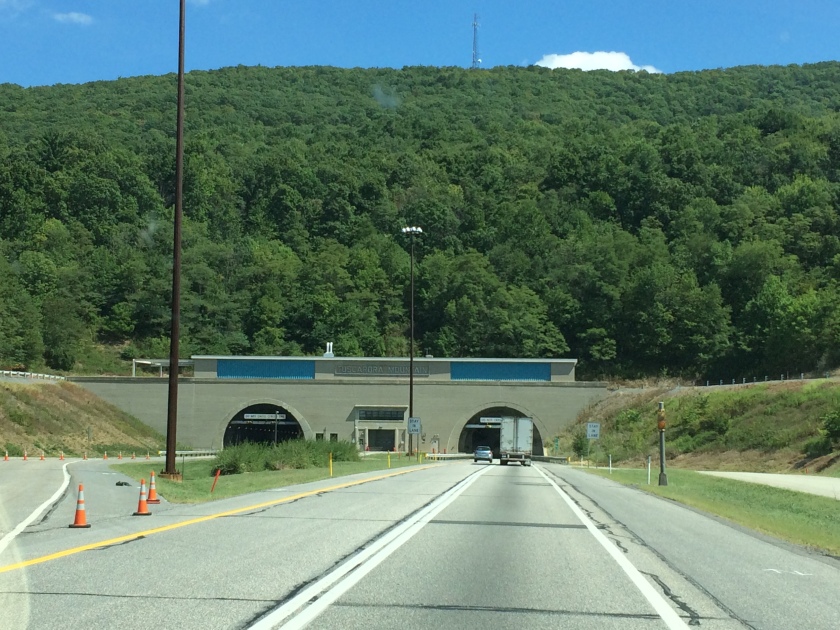 There are a lot of mountains through Pennsylvania, and we are always very thankful and grateful when we can drive through them rather than up them!  The “fun” began when we had to try to guess which route would be the best to get into the state park.  We are notorious for picking the wrong entrance or finding a road with a low bridge.  We use a variety of apps and mapping tools, but sometimes those things fail to mention a low bridge or a narrow road, or a steep grade, or a detour.  It’s all good fun!  We have learned to utilize Google Earth to see satellite views of the parks to choose the best sites available for reservable sites.  It’s a learning process and a slight disadvantage to staying in state parks with a big rig, rather than an RV Park (which are usually easier to get into), but we LOVE state parks!  It gets a little nerve-wracking at times, but Paul always gets us there safely.  I’m pretty sure we’re on about our 5th set of guardian angels though!  They sure have had their work cut out for them following us around the country!

We arrived safely at Codorus State Park, PA.  It’s a beautiful park.  It’s beginning to look like autumn, as the leaves are starting to turn!

Our site was a little tight getting in, but we had plenty of room once we were in it.  We were on Loop D, Site 183.  It backed onto the dog walking area and a playground.  This park only had certain areas where dogs were allowed.  Today, we are spending the day “at home”, catching up on some work and school.  We have a pretty nice view, too!

Sometimes it’s nice to have a down day.  We are talking about slowing our travels up after we do Washington, D.C., and spending  a little longer in each campground.  Would hate to burn ourselves out!  Plus, it’s really hard to be in such incredible, historical places for such short times.  We pretty much have to squeeze all of our sightseeing into one day, as we’ve been doing it.  Tomorrow, we will visit the Gettysburg Battlefields!  We cannot wait!

Today, we visited the Gettysburg Museum and Battlefield. 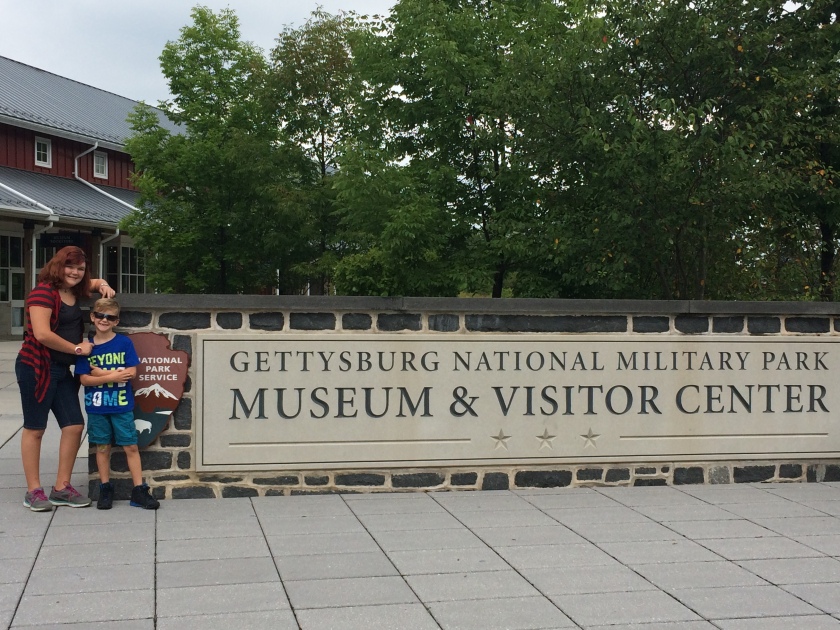 You can visit the Gettysburg National Military Park website for all kinds of great information.  We arrived at the visitor’s center, and paid for the pass for the museum, film, and the Gettysburg Cyclorama.  It was well worth it.

If we had more time, or another day, there were free Ranger-guided tours you could take.  We caught one of the tours through the Soldiers’ National Cemetery.  It was fascinating!

The Ranger even pointed out the general vicinity of where President Abraham Lincoln gave the famous Gettysburg Address.

We decided the most cost-effective, yet informative way to tour the battlefields was to purchase the CD set for the self-guided auto tour.  It was well worth the $30.00.  It was informative and well made.  It took us to various key sites on the Battlefield, explaining what took place at each one.  It includes a guide book and 3 CDs.  They sell them at the gift shop, but if you’re curious, you can check it out here on Amazon. 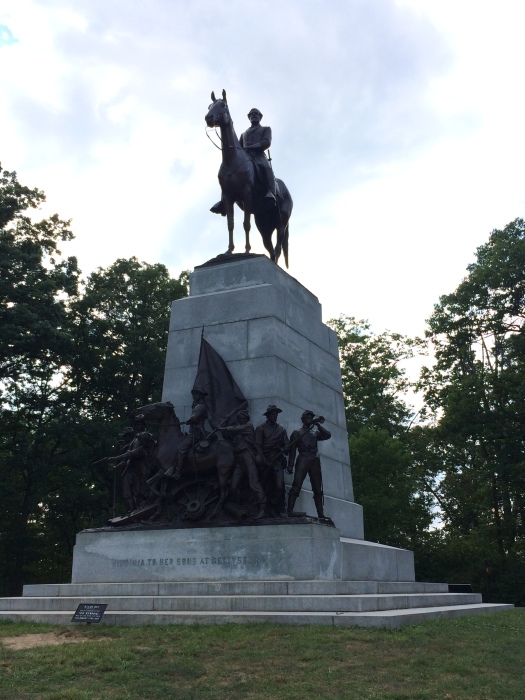 We learned so much.  Experiencing places like this, and standing on the grounds where so many men gave their lives for what they believed in, is a very humbling experience.  It was an incredible experience that none of us will soon forget!

Join 798 other followers
Follow Our Moving House on WordPress.com